Back in february Juanlu offered me the chance of giving a keynote at PyConES 2015. After the initial shock, I said yes.

Next morning, I realized what had happened, but it was too late for me to say no. And 9 months later I was giving the opening talk in PyConES. 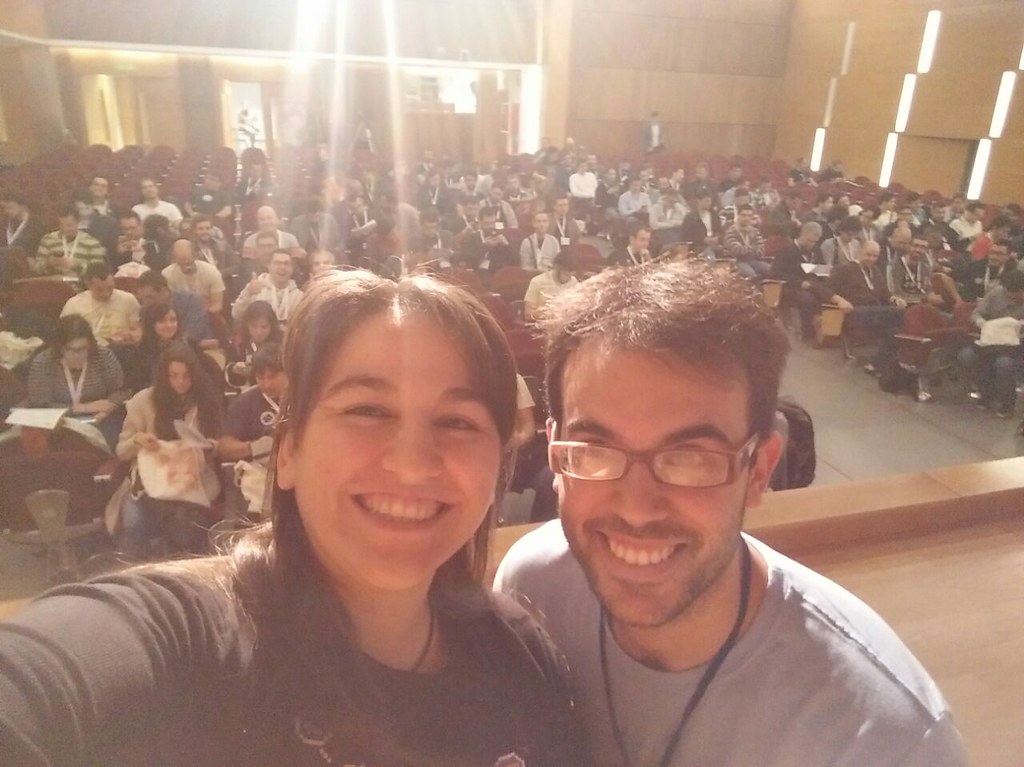 All of you, dear two or three readers, may guess my fears: I don't know what to tell, I don't know how to speak in front of an audience, I don't have anything interesting… and, of course, everyone will laugh at me so hard that I'll have to live in a cave for the rest of my life, huh? Quite dramatic, indeed, but it really blocked my during my first attempts to focus the talk.

Then I was reminded the importance of living models. Damm it, myself from the past!

I tried different topics, from the boring to the absurd. And yes, I planned to write a poem about PyConES, which were pep8 compilant. I still look for a good chance to give this talk =D

I wanted to talk about our community in Spain. In my experience, it's not a common topic in spanish conferences, not as common as it is in other countries. So I thought it was a good oportunity to share some thoughts about community and diversity. The talk started with Paralell lives of Plutarco as an example of privileges and their modus operandi.

I chose 5 different privileges to review in our pythonist community:

I presented a new PEP, the PEP-A, as a guide to help us all to review our privileges. And, of course, the script which implements the PEPA, named pepa.py.

The main important lesson in my opinion was the importance of reviewing our position in the communities that we belong. But also I could share some other proposals to improve diversity in our environment:

You may know other ways to improve diversity and I'd love to read about them in the comments section (wink, wink).

The feedback was mostly good, many people told me they liked it and they wanted to continue talking. And, even more important, some of them had been talking about the keynote and diversity with their groups. That was awesome!! The success of this talk could be measured in a year, when we can run again the pepa.py and see the changes of the last year.

I'm very happy to have given this talk, specially seeing the diversity numbers in this PyConES, which IMHO, weren't so good. That said, I really thank the organization the chance that they gave me to talk about diversity. And all the attendees which woke up early to be with me in the big auditorium of PyConES.

See you soon in Pyland :D