Last november I attended my third Pythonist event this year (first, second); this time was PyConES in Valencia. TL;DR: the event was a blast! Good talks, amazing atmosphere, and tons of Python.

To begin, I must recognize the huge work of the organization of the event: they were nice, they were thoughtful, always in a good mood, nice with everyone, trying to be helpful. Did I say nice? Well, Juanlu, Mai, Marcos and Javi were the heart of the event; to them and all the other not-so-visible volunteers, thanks :D

Logistics worked as expected: schedules, catering and micros worked perfectly fine. Naturally, there is still place to improve: the rooms and capacity weren't properly measured and attendees were cramped specially in some talks. But in general, it was a very well organized event.

I went to few talks because of the good result in past EuroPython socializing. That gave me the chance of having amazing chats with many people: about my keynote, about Kaleidos or Taiga.io and about Python, Django, the life and everything else.

Apart from that, I attended some talks, and most of them were very good!: Scaling a web, SQJobs, Trolling, ElasticSearch, a bot for Telegram… anyway, the were many talks I missed, so I'm waiting for the videos! (wink, wink, PyConES).

However, I have a negative point about diversity: there were few initiatives from the organization to search for diverse attendees, only 3 female speakers (one of them was me and I didn't even went through C4P). The rest of the speakers, very good speakers all of them, were mostly cisgender white male. There was an attempt to offer child-care, unsuccessful as far as I know. The venue was accesible, but even this wasn't clearly explained and shared. On the other hand, the organization was happy to open the event with a talk about diversity and they were more than supportive with the DjangoGirls workshop. I really would like to know their thoughts on this topic in the PyConES postmortem (wink, wink). 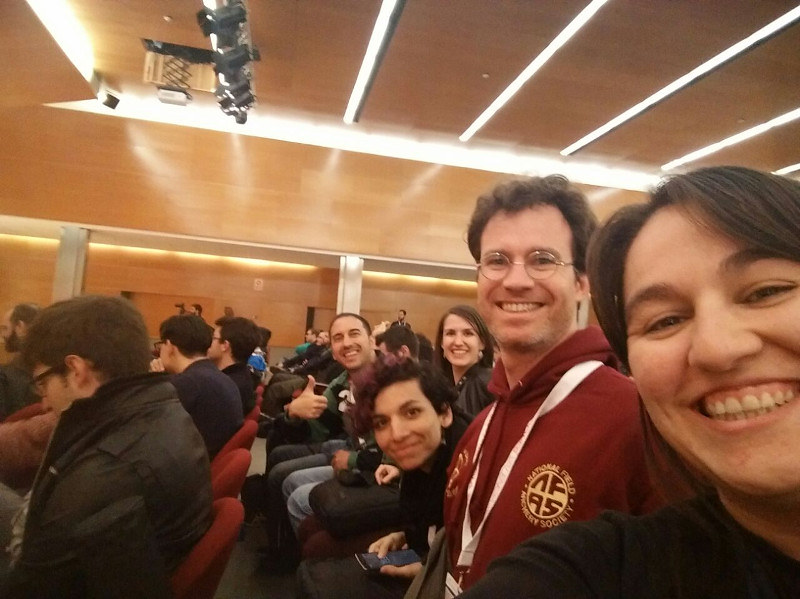 As I said, the atmosphere was incredible. Some DjangoGirls, newcomers in this community, came to tell me they were feeling welcomed and everyone was being nice and talkative. Not a surprise, you really rock, pyfolks <3

Special mention to the last keynote, by Víctor Terrón, a perfect closing talk for the event: he's a great speaker and his explanations about Dijkstra were hilarious and interesting.

On a personal note, I had a conversation with Héctor, about how some words that we had a year ago helped him to improve. Very touching, thanks for that! 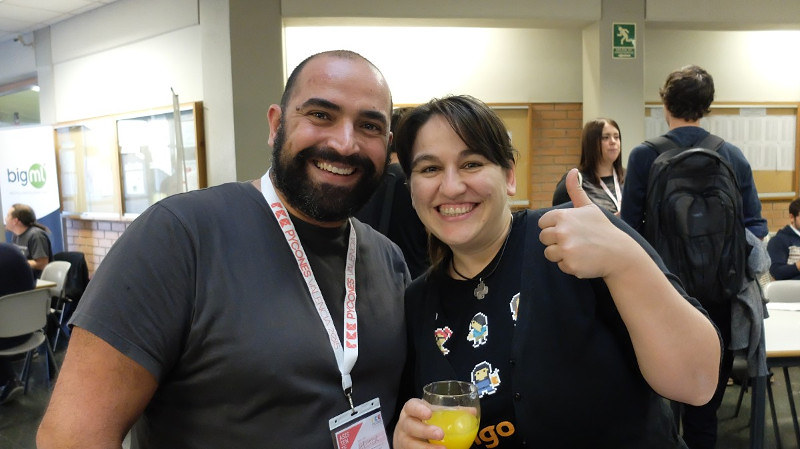 I feel mostly grateful with this PyConES: organizers for your effort, speakers for your time and knowledge, sponsors for your contribution and py_friends for your words. See you soon in Pyland! :D