Yesterday started the Piweek IX, 9 times showing what a small company can do about innovation. Twice a year. You can follow us on twitter.

For this edition, I left aside my tradicional taste for Arduino and wanted to try a well known technology for monitorization (ELK). And I was very happy to know that my colleague Alex wanted to be part of the experiment.

As usual, I'm trying to build some useful information out from my learning process, so here you have a serie of posts about how to run ELK (Elasticsearch, Logstash, Kibana).

This post covers a brief explanation of each component of ELK and the instructions to have it up&running; in its simpliest mode. I've chosen avoid the installation process and use an amazing docker image.

This tutorial assumes that you work fine with the command line, Python and its ecosystem are not new to you, and you know basic concepts about logs. All the commands work in (my) ArchLinux, you may change commands to adapt to your operating system.

We could install the 3 components from scratch, and there are many tutorials about this topic, but the goal of this specific tutorial is focused on the usage, so we're gonna use a docker image, with almost everything ready.

After installation, we add our user to the group docker

Clone the repository (thanks to deviantony):

After installation, we're going to review some configurations in docker-compose.yml file. In this file, we set the options to run the services.

Once we've done previous steps, we can launch docker:

Now you can go to http://localhost:5601 and you'll find the front web of kibana; you'll see tons of options with few sense right now. We'll see more detail in the following posts. 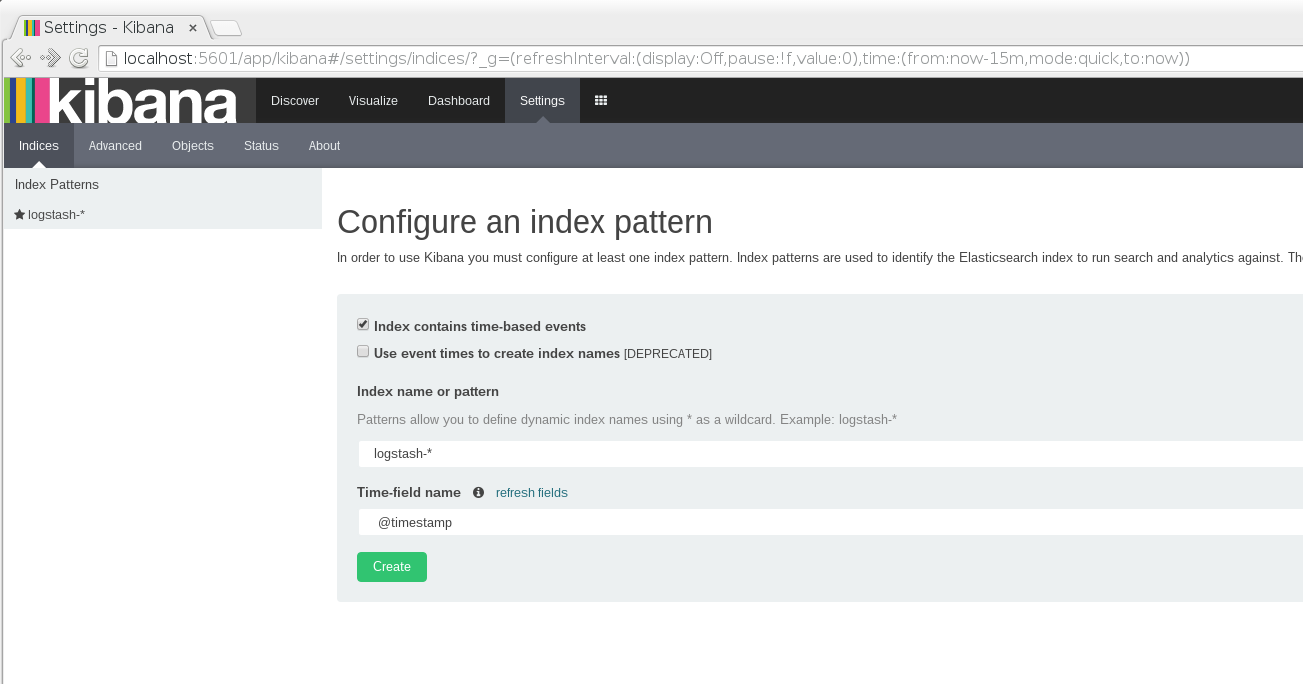