Three months ago, Kaleidos opened 2 new positions. We were looking for frontends. In Kaleidos, the onboarding of a new member is a very important issue, so we take our time in the process.

This process was specially long and exhausting and I'd like to share some thoughts about it from a gender perspective.

In Kaleidos we are trying to have impact on our society. At least, in the ways we can do it as a software company. We open sourced Taiga from the beginning, we sponsor community driven events, we try to be happy with our work… and we are aware of the gender issue in IT. So when we needed to hire two people, we started looking for ways to avoid the classical bias which gives advantage to men.

We hired the services of a company specialized in finding Invisible Talent. They also reviewed and validated the job offer. We put a big effort and care in the job offer (spanish). We tried to make it attractive, describing a place where many people could feel they would fit in. We also recorded a funny video to set the general tone of the process.

And then we released the job offer. I sent it to all the frontend women I knew; many of them applied and most of them told me it was a good experience, even if they weren't chosen.

Figures were pretty impressive. We received 102 applications. Of these, I'd like to highlight:

Those appications went through a basic filter driven by two people; after this filter, out of 65 applications:

After this analysis, we got to 10 interviews:

What happened to reverse the ratio of men/women? To be aware of our bias is only the first step; the next one is try to solve it, to counteract the way we have been tought the world works. For instance: we now know that women, systematically, introduce themselves more humbly, while men are more bold when it comes to their CV. This is an important issue to have in mind when we are giving value to the CV.

Then, we started with the process of meeting someone, finding out if he was still interested, scheduling with her a meeting… tons of management!

We planned two interviews. In the first one, more general, we talked about technical and non technical aspects. During all the process we stressed that we were after soft skills as well as technical skills. For us, it was critical to add someone who could be a great match for us, but even more important, that could also transform us; to be part of the group. In this interview, there were at least 1/3 of the main associates (usually Pablo, CEO), and other colleague to add a second impression of the interview.

We tried to go ahead with the candidates who were technically competent and, specially, people who were willing to learn, to share, to build team…

8 out of these 10 interviews went to the second, more technical interview:

Preparing the technical interview was quite difficult. We dind't want to put too much pressure on the candidate, because at Kaleidos we try to work without that kind of pressure in the first place; we didn't want to set up an exam, but more like sharing a technical conversation. We did it mostly because even if it's quite common during a hiring process, after reading about the problems that it also brought, we tried to depart from a technical test and go for a relaxed conversation.

In my opinion, those interviews added very little information about the candidates. They were useful to reinforce our impression. If we were to start this process again, I'd think again this part.

This hiring process has been specially long and exhausting, and we made some mistakes like:

This hiring process has been specially long but it had VERY GOOD moments:

The process ended up with two new colleagues. Tired but very very happy for having them as new adventure mates. Welcome, María and José! :D 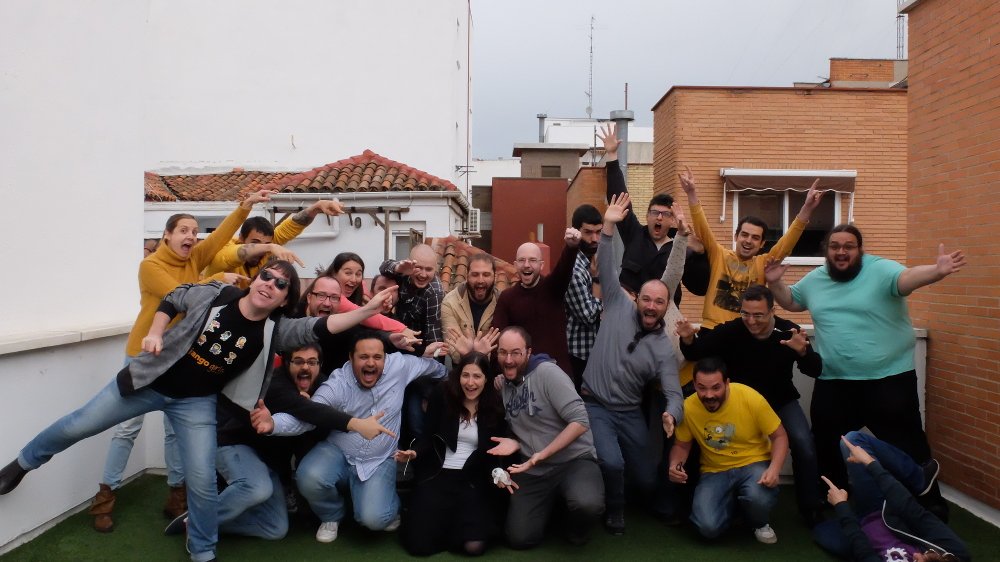